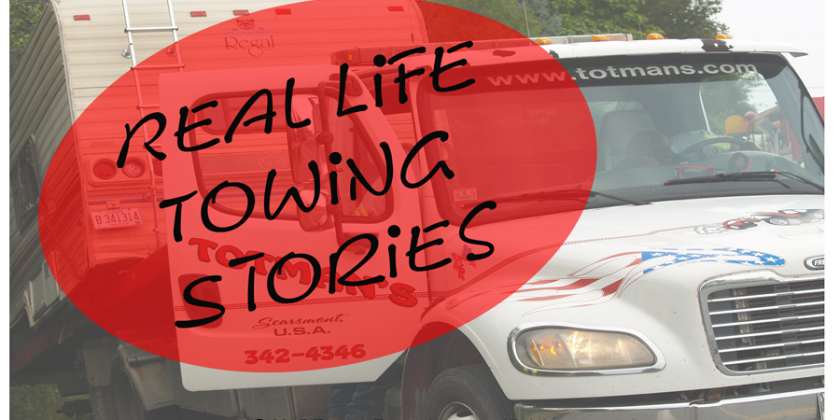 (Sorry no pics available for this one.)

Late one night I was called out to change a tire by an auto club. I drove all the way out there at 1:30 or 2:00 am. Got there and could not find the car. Looked all over. Called the auto club and went back to the base.

No sooner did I get home and the auto club called back saying the customer was at the location I’d just been to. So I went back and sure enough, right where I’d parked previously to call the auto club, here’s the vehicle!

I pulled up to the car, got out and talked to the woman who was driving. There were two women and a man in the vehicle, women in the front, man in the back.

I proceed to get out her spare tire. At that point I noticed her jack was broken, so I used the tow truck to lift the front of the vehicle to change the front tire (left front). Turned on the worklights and noticed there was a bra hanging from the rear view mirror. The driver was still talking with me as I started changing the tire. I lifted the front of the truck up and the female in the passenger’s seat proceeded to take her top off. As it was about -10F, I thought that must be a bit chilly! She was talking to the passenger in the rear, who was laughing. At this point, she apparently has no idea I’m changing the vehicle’s tire.

She then gets out and tries to climb into the back seat. She’s standing outside trying to talk the guy in the back seat to let her “do him a favor” and another vehicle passing by notices her standing there topless, goes down the street, turns into an alley and comes up so that he can put his high beams on her so she’s completely lit up.

Still not noticing that anyone is watching, she is outside the whole time I’m changing the tire, then climbs back in the front of the vehicle because he won’t let her in the back seat, she is still sitting there with no top on.

I go to put the tire in the back seat because the driver wanted it put there and the passenger finally notices me and tries to cover up like she’s embarrassed.

At this point, I’m done with the call and head back to base, still shaking my head.

About 10 years later, the mother of one of my son’s girlfriends is talking to him about our company and says, “You know that story on your website about the topless woman?  That was ME!”  Turns out she was a pretty nice lady who had one unfortunate incident, but she had a great sense of humor about it all!  Small world!  LOL  🙂 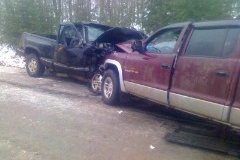 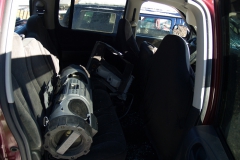